São Tomé and Príncipe is a country of opportunities. 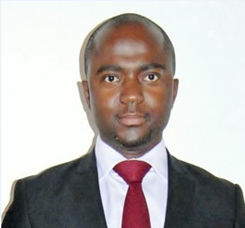 São Tomé and Príncipe (STP) is a country of opportunities. The energy resources are vast and are not limited to charcoal or firewood. The country has some water courses with enormous potential to produce electricity. There is sunshine throughout the national territory and during the 12 months of the year. It has forests, palm trees in large areas, and all of these renewable sources can be converted into electricity. The Contador Hydroelectric Power Plant, with its 2.0 MW installed, and with more than 50 years of existence, is the only one currently in operation and the main renewable source of electricity generation in the country. Solar energy, with strong decentralized potential, constitutes an energy potential for Santomeans in rural and peri-urban areas. Since the colonial era, STP has been its betting and intends to intensify the use of its renewable potential, particularly hydro energy, in order to bring more and more energy, with quality, and above all, to meet the need to reduce the current primary and main source of electricity in the country, diesel.

Electricity is a prerequisite for all economic activity and for civilizational and human development, as well as other activities such as water supply, health care and education. The evolution and performance of the national economy is slowly accelerating, based on strong and increasingly diversified agricultural potential, small-scale agro-industry, and the service sector, especially tourism. The prospect of economic growth in STP is sustainable and requires a more active contribution from the private sector, in order to contribute and boost the efforts made by the Government to create more jobs and to improve the well-being of all the Santomean people. However, this scenario will only be feasible if there is a functional and accessible, sustainable, continuous, and affordable electricity sector.

The country has seen some progress in the construction of energy infrastructures, be it at the level of power plants as well as electricity grid. Vast areas of the country are electrified despite having more than 90% production from diesel thermal plants. Rural electrification has reached several communities in recent years through grid extension. However, financial limitations and geographic irregularity have been barriers to the exploitation of existing renewable resources, and consequently the promotion of a true energy economy, and a solid intended energy expansion and transition. Likewise, the difficult access to modern technologies, specific training and an effective, balanced and attractive regulation system for the private sector represent challenges to be overcome aiming at the effective installation and dynamization of a modern and functional electricity sector.

Therefore, constraints are identified in terms of technical skills and in terms of making the necessary regulatory conditions available. The acceleration of the implementation of small hydro could play an important role in meeting the country’s growing energy needs in non-electrified rural areas.

The Government’s goal for the next ten years is to give access to modern and sustainable energy services to the entire Santomean population, with a view to adopting and applying the recommendations coming out of the national energy sector plans, including the Least Cost Development Plan. Likewise, it is intended to create the conditions for the implementation of an attractive regulatory framework for the concessions of energy resources, on the one hand, and on the other hand, the application of fair and competitive tariffs that benefit both investments and final customers. Within this policy, it is considered essential to incorporate international energy efficiency strategies and good practices, the different international agendas and instruments for energy transformation and transition, and the international statutes of organisations linked to renewable energy sources closest to small island countries’ reality, such as, SIDS DOCK, IRENA and ISA.

In this context, a responsible partnership is strongly growing between the STP Government through the Ministry of Public Works Infrastructure Natural Resources and Environment, carried out by the Directorate-General for Natural Resources and Energy, and international organizations such as United Nations Industrial Development Organisation (UNIDO), Global Environment Fund (GEF), United Nations Development Programme (UNDP), World Bank (WB) and African Development Bank (AfDB) to implement cooperation projects in the Renewable Energy and Energy Efficiency sector. The GEF/UNDP partnership cooperation has been promoting important complementary initiatives for training and structuring agents and institutions in the energy sector, including the preparation of regulations and plans, while the WB and the European Investment Bank (EIB) have been implementing the program for the development of production, transport and distribution infrastructures, and UNIDO is supporting the development and promotion of opportunities for medium and small scale renewable energy and energy efficiency.

The Santomean State, and its Government, welcomes these efforts and opening up of our partners and reiterates its willingness to receive and embrace the different initiatives, and to facilitate the promotion and implementation of a favourable political environment for a national energy sector market whose production is intended to be sustained, at least 50%, by renewable energy sources in the year 2030.

This text is the preface to the National Status Report on Renewable Energies and Energy Efficiency in São Tomé and Príncipe, which will be presented on the webinar on November 17. Stay tuned to ALER’s website and newsletter for more information and registration